Confessions of a Drug Addict

Pssst . . . want some candy? Seriously. No pressure. Just a little . . . it’s good shit. I would know. Chances are . . . you’re right there with me, every morning, with a drug of choice. And for my addiction, I blame a very, very slick marketing campaign.

In college, I bought a little four-cup coffee maker and dutifully made a cup when I really needed it: exams, the morning after a party, maybe if I got up really early. But a regular cup of coffee every fucking morning? No way. I knew better. Caffeine was a drug. Enter Folger’s “Jump Start Your Brain” campaign. In the late ’80s, coffee was losing ground to soda in a big way. Soda was cheaper than ever (thank you high fructose corn syrup – rant for another time), and coffee was fighting for its life. And Miami University presented the perfect testing ground for what Folger’s hoped would be its secret weapon: flavored creamers. That’s right – I went to college before flavored creamers were available. I can almost here the whispers now, “Wait . . . French vanilla double whip cream hasn’t always been in the frig? WTF!” but it’s true. And so, Folger’s would bring 50-gallon pillars of coffee to dorms every night, replete with baskets and baskets of flavored creamers. “We’re just helping the kids study,” was the default message that Folger’s would use. Meanwhile, they knew they had a captive audience (no car campus, isolated in the middle of no where), and they made a generous donation to the University. Win-win?

Try addiction-addiction. The first thing to change? Get a better coffee maker because that crappy assed coffee maker wasn’t cutting it. Four cups? Bitch, I have flavored creamers. Flavored creamers! But, hey, Folgers had partnered with Mr. Coffee to sell a nice “sneak-a-cup” coffee maker for only $8. The next thing to change was the reservation about coffee. No longer was it saved for special occasions. Every morning like clockwork. And without it? Holy crap . . . I was a raving lunatic. And after a few years, and two kids, the morning cup became two or three or just give me the damn pot! 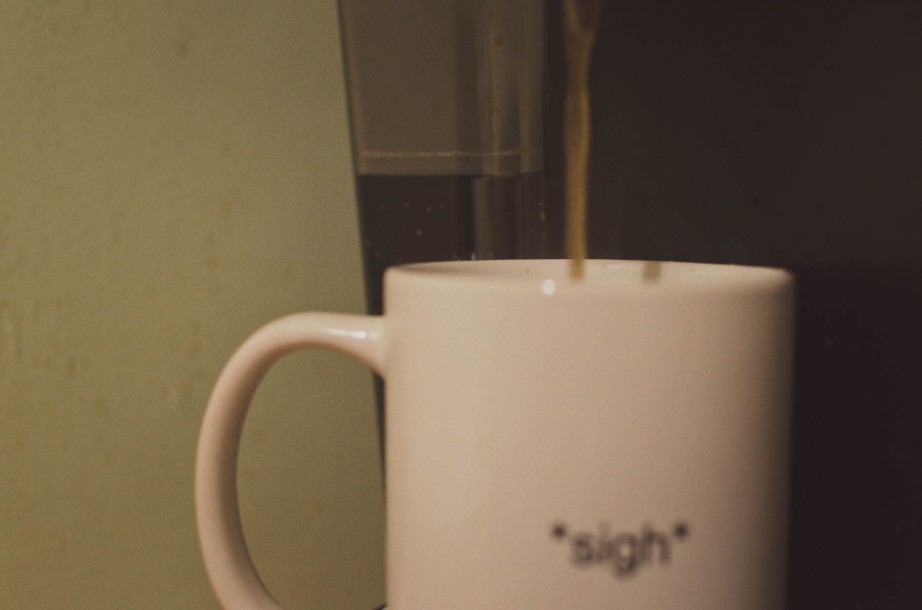 Try cutting out your coffee intake cold-turkey, and you’re virtually asking for someone to murder you because no caffeine equals irritability, crankiness, headaches to rival migraines from hell, upset stomach. Sounds like the side effects from a new drug for an unknown disease. And here’s the pisser. You willingly started using caffeine in the first place. And for some reason, you think you’ll be better off without it, but god forbid you do it the right way – cutting out a little bit each week – because the side effects can’t be that bad. You’re basically giving up you’re rights to be treated like a sane person for a week of so. 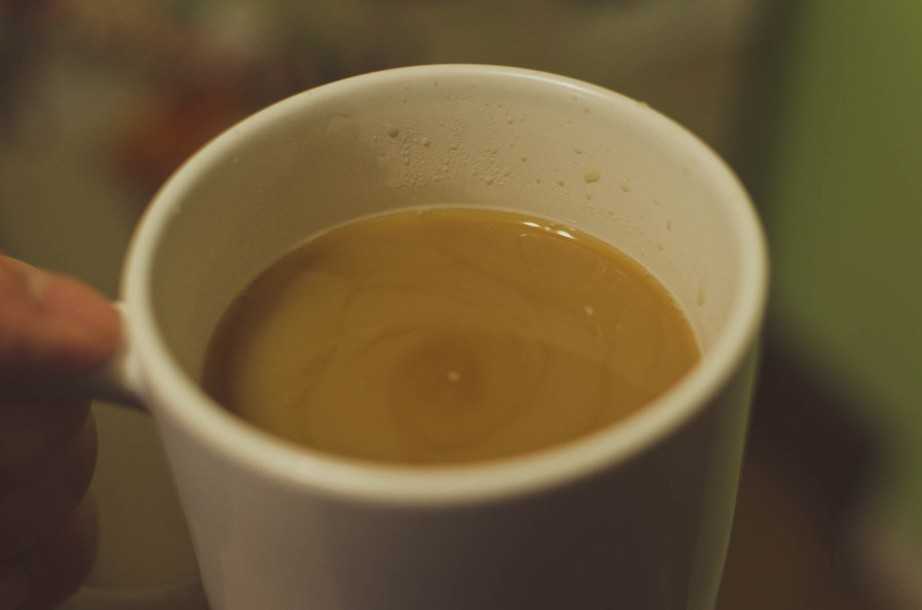 But you persevere and get up morning after morning and move smugly past the coffee maker. You don’t even look at your mugs anymore. You even get a little cocky and think that you might sell some of those bad boys at a yard sale. But then one night, you have a small piece of tiramisu and realize that you’ve been missing the taste of coffee. And the next morning, you make a small cup . . . just one. You savor the last drop. Think of licking the side to get that drip. And the next morning, you make another but a little stronger this time. Before you know it, you’re hooked. Because like an addict, you’re either in recovery or knee deep in addiction.

Oh, coffee, I wish I knew how to quit you.

Start your day with a morning cuppa? Or are you a more refined tea drinker? Perhaps you like to wash down your vitamins with an ice, cold diet Coke. Maybe you scoff at my weakness . . . so what gets your mornings going? Because without my travel mug of coffee, I’m a straight up bitch. And I can admit that.