Just Bear With Me

I’ll be honest with you (kinda a policy of mine); when I first got my first “proper” camera, I bought it because school got out for the summer. My sister and I had recently started blogging, and I was looking for a way to take better photos. So I bought a D40 and started snapping. I’d take a photo of a sock in progress and be mesmerized by the shot. And then spend the next two months trying to figure out what I’d done. When Jordan’s prom rolled around the next spring, I messed up half the photos when I forgot how to move the focus selection. Nothing like having great light with your beautiful daughter standing in front of you only to figure out later that she’s blurry as shit, but damn does that fence look stunningly focused.

But how to fix this problem. Why, I know! Just take photos. Take the damn camera out and depress the shutter. I’d take the camera to the back deck. Fool around with the settings. But the thought of taking a photo in public scared the living daylights out of me because I was afraid what people would say. Being painfully shy had a lot to do with it. Here’s where most people will laugh. “You? SHY?! What are you smoking?” most of my friends would say. “But you’ll talk to anybody . . . how do you figure you’re shy?” Because I am.

If you know me, then you probably won’t get me to shut up if we’re out in small groups. But put me in a group of five or more, and I’ll figure out how to make a quick and quiet exit. And if I can’t exit, I’ll either knit or drink. Sometimes both – again, that honesty policy. It can take me weeks or months – fine, years – for me to feel comfortable enough to let my guard down. Until that happens, I come off as bitchy. Evasive. Aloof. Pick an adjective that means vaguely douchey or slightly awkward and that’s probably been said about me. If I’m going to take a photo of something public, I’m much more likely to find a notebook or a coffee mug or my reflection in a window.

So, why then would I join the 100 Strangers project on Flickr*? Why would a person who took close to nine months to have a conversation with someone who worked a few doors down from her try to take photos of random strangers? Well, I don’t really know. Something about it made sense. Find someone out in public and begin a conversation with them. Thank god there’s no official time limit on this project because I’m taking my sweet time with it. But yesterday was a good day for me. I found a stranger, and I asked him if I could take his photo for a project I was working on. I engaged in semi-intelligent conversation about his job. And I think I did a decent job with it. 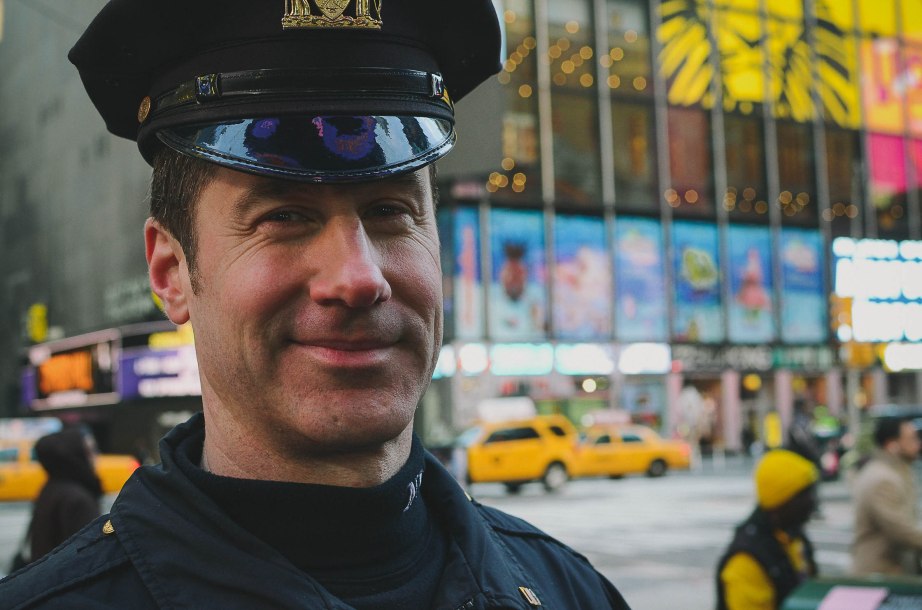 I’m not saying that photography has “cured” my shyness, but it’s certainly made it easier for me to make conversation with people. Granted, three-quarters of it is still awkward, but it’s conversation. Sometimes people will see what I’m focused on, and they’ll ask a question about it. Occasionally, they’ll tell me I can’t take photos of something. But usually it leads to some nice pleasantries exchanged. Or suggestions for the next place to explore.

*Oh, Flickr, I miss you. I really, really, really do. Haven’t uploaded anything in almost three months. I need to change this soonish.