Posts from the Women Category

I grew up on Free To Be, You and Me. Pretty sure that it was on constant replay in our house. “Boy Meets Girl” was my all-time favorite track on the album (and yes, I’m old enough to call them albums, which is what I prefer), and I cracked up whenever the two babies figure out what their genders are. To me, it was funny because of course a boy could be afraid of mice. Silly boys. There was never really a distinction for me between boys and girls and the things that they could do. Climb a tree? Knock your socks off. Wanna bake cookies? Somebody’s house was probably free. Freeze tag? No problem. So the concept of girls being different than boys just didn’t compute for me. Around the time I was eight, though, things started to change a bit. All of a sudden, this divide started to occur between boys and girls. What do you mean you want to check out a book from the school library that dealt with combustible engines? Why not check out the book on embroidery instead? Mention that you wanted to be a doctor, but you were a girl, and someone nicely pointed out that it would take many, many years to get through medical school and didn’t you want to be a mommy and why not look at nursing instead because it’s just about as good.

Just about as good wasn’t good enough, and I doubt it would be good enough for you either. Words like “equal rights” and “Ms.” began to catch my attention. And who was this Gloria Steinem woman? My god, she made sense, and I knew damn well that just about as good would never work. Right around middle school – that wonderfully confusing and impressionable age – I figured out that the “F” word wasn’t “fuck” but “feminist,” and I was damn proud to be one. There I would sit in my little Catholic school girl uniform, dutifully learning all about math and science and English but knowing that the religion I was learning about thought that I was just about as good as the boys. Sitting up front in my science class because my pervy teacher sat all the girls with large breasts in the front two rows. Realizing that there would always be enough money for the football uniforms but maybe not for the volleyball team. Just about good enough sucked as much as losing did because that’s what it was: losing. 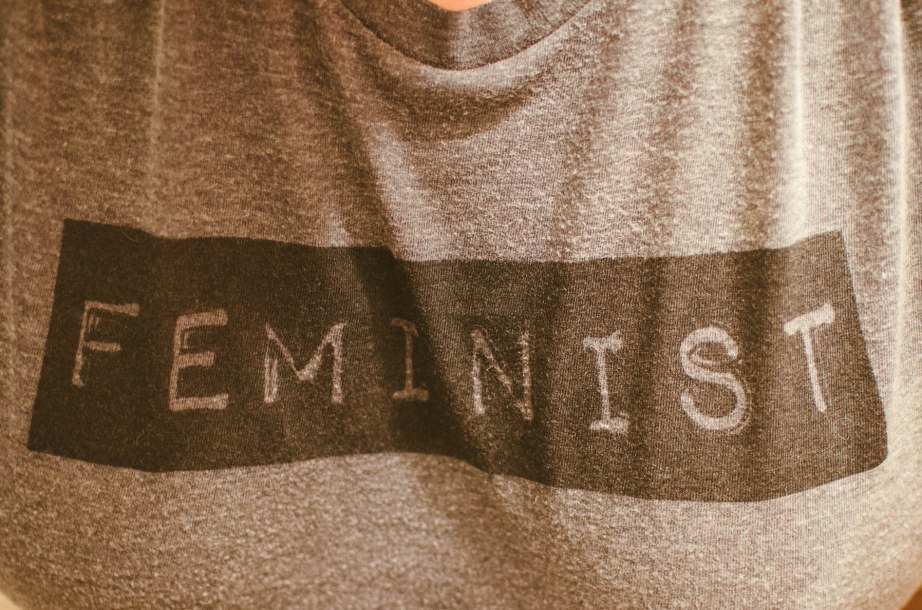 Things got better in high school (slightly – the Catholic school girl uniform takes away some of your credibility in the whole feminist arena). Even though the Equal Rights Amendment was defeated, women were starting to be treated as equals. My parents went to bat for me when I decided that I didn’t want to take the freshman science class because it was too easy. They pushed for calculus in our school. College was even better. My first year? We didn’t call it the freshman year because it was demeaning to women. Professors called on the men and the women alike. I don’t think I was ever called “honey” or “sweetie” by anyone in a college classroom. Naomi Wolf’s The Beauty Myth sold out in record time. And yet . . . telling someone you were a feminist was like admitting that you liked sucking toes in public. Didn’t that mean you stopped shaving your armpits and legs? Did you hate men? Why are you so angry? Questions like these were asked all the time.

But still . . . things were getting better. Women were leading companies. They were making changes in the workforce and being elected to positions of authority in the government. Even the Supreme Court had not one but two women on board. Maybe that label wasn’t really necessary. Maybe I could let it go and just know that just about as good wasn’t something that I would settle for. Maybe I didn’t need the word “feminist” to define who I was. And so I stopped using it in conversation. I started thinking that my girls – those two little ones with building blocks and Barbies and dump trucks and dolls – wouldn’t have to worry about being feminists because just about as good wasn’t going to be a problem. Everyone would accept that it wasn’t good enough. 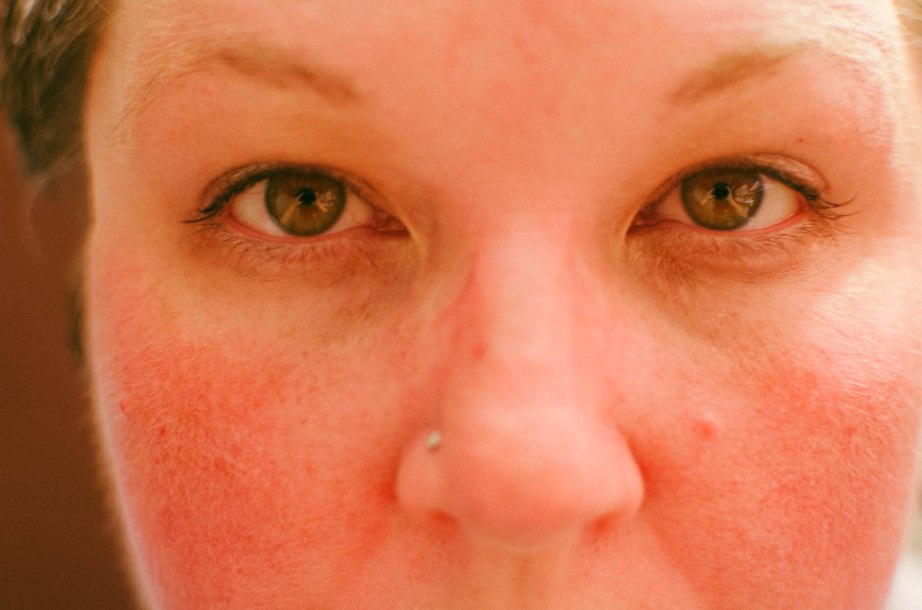 Turns out I was wrong. So wrong. Even though we’ve made strives, women still do more housework than their husbands or significant others (not me – I’m a shitty housekeeper). Get out in the workplace, and you’ll succeed if you are warm and nurturing, but god forbid you are firm and stand your ground . . . because then you’re a bitch and a cunt. Be prepared to make some sacrifices because you can’t have it all. Truly, it’s not humanly possible to have it all unless you invent some way to add hours to our days. And if my girls don’t like the label feminist, they need to embrace it. Because their madre is a huge feminist (so are their aunts and their grandmothers) . . . she might not shave her legs six months out of the year because of sheer laziness, but she certainly doesn’t hate men. She values them and knows that without the love and support of one of the best men she knows, those girls might have believed that just about as good was good enough. Because he certainly never would have loved a woman who believed that.

I’m embracing my “F” word. I’m relishing being a feminist. I’m wearing it as a badge of honor. I’m sweating during my walk with it emblazoned on my tits. I’m a feminist . . . and there’s nothing wrong with that.

I asked to take the first post for October, and I have no idea why.  I’m all over the place with my opening post ideas and thoughts on the topic.  I guess that means I’m extremely passionate about it.  We decided that October was a fantastic month to write about Women.  I’m probably more excited about this month than any other month we’ve done.  I should be able to write a strong post about the reasons why we chose Women, but I can’t.

On one hand, I love our gender.  I strongly believe that if all women got some weird funky disease and died, the world would suffer and wither away.  Ever had a sick husband?  Mine was just sick so my nerves are still raw…  Ever watch a woman multi-task?  Yes you have.  And you were in awe.  Ever watch a man multi-task?  You probably jumped in to help.  It’s what we do.  We fix things.  We make the world spin.  We solve, comfort, nurture, tackle, and kick-ass all in a matter of minutes.

But on the other hand, I’m angry at our gender.  Why do we have to have an election that’s basically centered on women’s rights?  Why?  It’s 2012.  Women shouldn’t be a special interest group in 2012.  Women shouldn’t be an election talking point.  The environment or the economy are really good points to debate.  “The War on Woman” sickens me.  Unfortunately, in my opinion, it’s true.    I’m not about to debate the Right or Left in this opening post.  I’m disgusted that we have to have a discussion about women’s right.  Still.  It makes me sad and angry.  It makes me want to vomit that men are making these decisions.  Being an equal should have been hashed out decades ago.  But it hasn’t.  And part of me blames our gender.

We didn’t think we had to fight any longer.  Suffrage and the Gloria Steinem-likes took care of it for us.  Right?  We felt comfortable.  We could choose to work or stay-home.  We could drink a beer in public.  We could marry or just live with someone.  We were blindly equal.  All the while, we aren’t making the same wages.  We let the media suck us into Mommy Wars.  We allow woman to be portrayed as waif-ish sex objects.  Instead of being unified, we get mixed up with our differences and fight with each other.  All the while keeping up securely in a passenger seat of our own destiny.

This month will not be a month of us railing against the men.  We love men.  A lot.  This month will be about us celebrating Women.  Not passively, but passionately.  You will see why women must make positive changes for the next generation. As a loyal reader of O+U, you’ll end your October knowing something you already knew: women are badass.  But I’m also hoping that by the end of October, we can all agree that we need better representation.  We need more voices.  We need to be on equal footing.  We need to not accept an older woman’s, “It’s much better now than in my day.”  We need to say: Enough.  We need to point out that women aren’t cookie cutter and that’s fantastic.  We need to show the world just how amazing we are and how completely fucked they’d be without us.

So people should start being nicer to women…

We’re a force.  And we should start flexing.

Yes, they got it opened.

Because they worked together.

And they really wanted a mimosa.